The fortune cookie is the standard offering that concludes most Chinese restaurant meals in the U.S. I never thought of it as being any more authentically Chinese than faux-Chinese dishes like Chop Suey.

I remember a funny experience 30 years ago that hammered home the “American-Chinese” custom of the fortune cookie. I was studying abroad in the former East Germany. Hungry for international food (which was nearly impossible to find), a short visit to West Berlin afforded me the opportunity to visit a Chinese restaurant. The food was good, but at the end there was no fortune cookie. I asked if there were any fortune cookies and was met with silent confusion. Imagine trying to describe a fortune cookie to someone who has never seen or eaten one, and doing so in a foreign language…

“Well, it’s a cookie that is folded…that contains a piece of paper…um…that tells you your future…” You can probably picture the blank stare I received from the befuddled waitress.

Yesterday, almost three decades later, listening to Episode 182 of the 99% Invisible podcast, I learned about the surprising origin of the Chinese fortune cookie: Japan!

In “A Sweet Surprise Awaits You“, I learned that fortune cookies originated in Kyoto, Japan. Bakers today still make them by hand near the Fushimi Inari-Taisha Shrine. The cookies are called tsujiura sembei (辻占煎餅 – “fortune rice cracker”), or suzu sembei (鈴煎餅 “bell rice cracker,” since they are shaped like the bells you might see in a shrine or temple).

Here are Japanese fortune cookie. Note the person hand-folding them in the upper left corner. 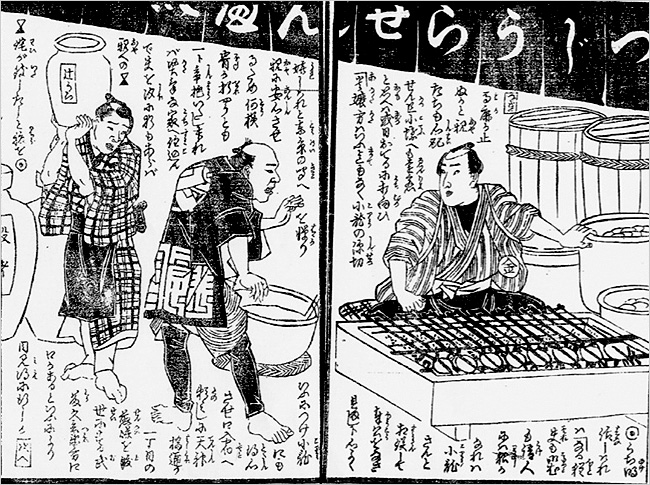 During WWII, 120,000 people of Japanese ancestry on the West Coast were driven from their homes and businesses into concentration camps. During that four-year period, whatever weak connection between the fortune cookie and its Japanese origin was completely lost. Chinese-Americans invented machines to manufacture the cookies (previously folded by hand), and wrote, printed, and cut thousands of fortunes printed in English.

According to the podcast, fortune cookies have spread around the world (I wonder if I might find them in Germany now?). Ironically, one country from which they are still conspicuously absent: China.