Nagoya Castle and its main tower stands over this great city, the fourth largest in population behind Tokyo, Yokohama, and Osaka. Construction of the castle started in 1610 and was mostly completed by 1612.

We visited this castle upon arrival in Nagoya. We hadn’t even had a chance to deposit our baggage where we were staying, but fortunately lockers were available in which to stow our luggage.

The grounds are sprawling, with gardens, walls, and multiple corner and gate towers, as well as the main castle tower (or keep) and the recent partial reconstruction of the palace. Most impressive and imposing, though, is the main castle.

Perched atop the highest roof of the main castle tower are two mythical golden dolphins (kinshachi). The tower has an impressive stone foundation that’s at least two stories tall, which rises above a deep moat.

Considering the size of the stones and the era in which the castle was built, it’s amazing the Japanese were able to build it in just a couple of years. An exhibit in the castle tower shows you how the heavy stones were moved and allows the visitor to pull a rope and pull a giant stone.

Even so, as I gazed at the tall, curved walls of the foundation, it was hard to imagine, even after they got the stones to the site, how they could lift and carefully place each of the heavy stones so precisely that no mortar was apparently used. Indeed, an exhibit shows closeups of symbols and seals carved into the stones that are reminiscent of petroglyphs. These seals were emblems of feudal lords (daimyo) to show who had contributed to the construction of the castle.

During World War II, on May 14, 1945, Nagoya Castle was hit by U.S. bombers and burned completely down to its stone foundation. Although it had been designated a national treasure in 1930, it was used as a military command post. 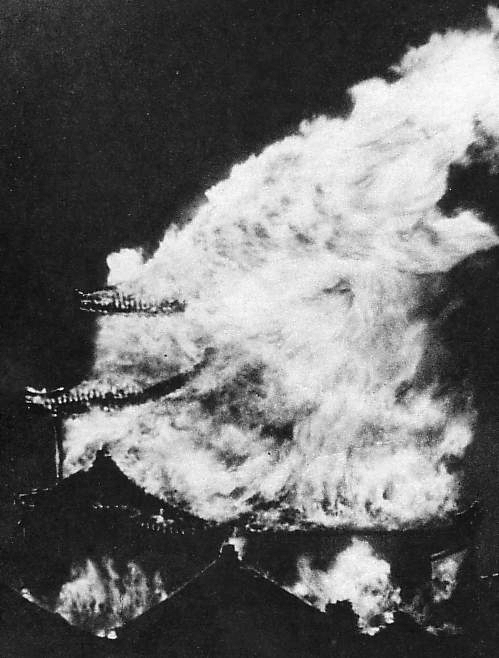 My cousins explained to me that wooden scaffolds and ladders had been built to speed up the removal of precious artifacts and works of art from the castle for safekeeping. According to them, those wooden structures hastened the conflagration (although it’s hard to say whether their absence might have saved the original structure).

The main tower has been rebuilt and houses many exhibits and artwork in its seven stories. Next door, an ambitious project to rebuild the palace (Honmaru Goten) is underway. Started in 2009 and expected to be completed in 2018, the single-story palace will have more than 30 rooms when it’s complete.

Traditional building techniques and materials are being used, and the partially completed work is open for public viewing. Gorgeous tatami rooms with golden panels depict tigers and leopards, as well as rivers, trees, and flowers viewed from silky smooth wooden floors. (Of course we removed our shoes upon entry.)

In another area, we donned hard hats were able to see another palace building under construction. The intricate wooden lattice-and-shingle work for the roofing was impressive.

Nagoya is a major industrial city today and was so during WWII. It was a prime U.S. military target due to Mitsubishi Aircraft, the Matsuhigecho oil warehouse, military barracks, the Nagoya war industries plant, and a major port. Although targets initially received precision bombing, general firebombing of the city commenced from January through May 1945.

It’s estimated that more than 113,000 buildings were destroyed, more than 3,800 people killed, and another 470,000 driven from their homes.
The USAAF officially employed precision bombing only in the European theater (apart from the destruction of Dresden). In Japan, this policy was replaced with saturation bombing: B-29 Superfortresses dropped incendiary and fragmentation bombs on Kobe, Tokyo, Nagoya, and other cities. Incendiary bombs included oil-based, jelled-gasoline and white-phosphorus.

An exhibit in the castle showed pictures of it in flames and the bare stone foundation afterwards. Even viewing a photo, it was hard to imagine the full seven stories of the Nagoya castle tower enveloped in flames: the sound, the smells, the heat…. But it was the next exhibit that elicited a visceral reaction within me.

The rusty nose cone of a firebomb was displayed along with some stats about the bomb. Each bomb contained 38 bomblets containing a petroleum-based accelerant, possibly jelled gasoline (napalm, which I didn’t know had been developed and used in WWII).

Three of the people killed by firebombing in Nagoya were my eldest aunt and her children. As recounted by neighbors, a firebomb fell on my aunt’s home. She rushed inside to rescue her two baby children, and all three perished. We estimate they died within a month of the destruction of Nagoya Castle.

To stand inside the reconstructed castle, to see the original castle tower engulfed in flames, and to encounter the nose of a bomb like the ones that destroyed the castle and killed my aunt and cousins was an emotional blow to the stomach.

I had seen my aunt’s gravestone with the posthumous names of her children just a year and half before. Aunt Masako and her children were just three of the thousands to die; I could only imagine the tragic stories of all the other innocents killed.

By rather ironic coincidence, we calculate that the date of my aunt and cousins’ deaths was the same or nearly the same day my mother, a sixth grader at the time, her parents, and one brother were released from the Heart Mountain “internment camp” to return home after three years’ incarceration.

As we exited the tower and walked beside the deep moat, I spied two deer placidly grazing in the grass, and bushes growing in the dry floor of the moat. After a moment, they bounded around a corner, chasing each other.

I had to wonder if they lived down in the moat all the time, or there was ready access to and from that now-tranquil abyss. Walking back toward the entrance to the castle grounds, I saw trees turning in autumn and gigantic competition flowers displaying brilliant colors. They drew my mind away from dark history, and reminded me of the cycle of renewal, and beauty and grace to be found even in a troubled present.